"Much like rural America itself, the road to effective HIV/STD prevention and control may be unpaved and winding. Yet, the moral obligation to develop and smooth this road is clearly evident. The challenges are inherently difficult and the available research and financial support are modest at best. Innovative, collaborative responses and solutions are required to contain and reduce HIV and other STDs in rural locations."

– from the RCAP publication,
Tearing Down Fences: HIV/STD Prevention in Rural America

RCAP Teams with University of Chicago to Expand Access to PrEP

IU's Rural Center for AIDS/STD Prevention (RCAP) will team with the University of Chicago, the Indiana Minority Health Coalition, and Walgreens Pharmacies to expand access to Pre-Exposure Prophylaxis (PrEP) in community pharmacy settings in the Chicago, Gary, and Indianapolis areas. The fight against HIV is most effective when people have access to PrEP or the use of antiretroviral medications to combat HIV infection among individuals who are HIV-negative. While PrEP access will help turn the tide of the HIV epidemic in the U.S. and elsewhere, not everyone or every community has equal access. Several social and economic factors also remain barriers to PrEP use, particularly for young black men who have sex with men and transgender women.

The research team will develop programs to expand PrEP awareness and access, especially in communities with high rates of HIV and STD infection, but with low resource and high need. Specifically, the team will develop a community pharmacy-based PrEP educational training program, referral system for pharmacists and providers, and PrEP educational kiosk tailored to the needs of pharmacy patients and the pharmacy staff who serve them. The research team is lead by Dr. Brandon Hill, Executive Director of the Center for Interdisciplinary Inquiry and Innovation in Sexual and Reproductive Health at the University of Chicago and a recent PhD graduate in gender studies at IUB, who received a two-year $468,741 grant from the National Institutes of Health. Dr. Beth Meyerson, Associate Professor of Health Policy & Management and RCAP Co-Director at the IU School of Public Health-Bloomington, conducted preliminary studies with pharmacies in Indiana and found that pharmacies are an unique and interested setting for expansion for HIV prevention. "RCAP is pleased to be part of this research team," said Dr. William Yarber, Senior Director of RCAP, Kinsey Institute Senior Scientist, Affiliate Member at IU's Department of Gender Studies, and Professor of Applied Health Science at the IU School of Public Health-Bloomington. "Our intervention development capability, pharmacy research experience, and community research partnerships can potentially advance HIV prevention here and elsewhere." Dr. Yarber, who is a co-investigator for the project, has extensive experience in developing HIV prevention educational programs including, at the federal government's request, the country's school secondary HIV/AIDS prevention curriculum. 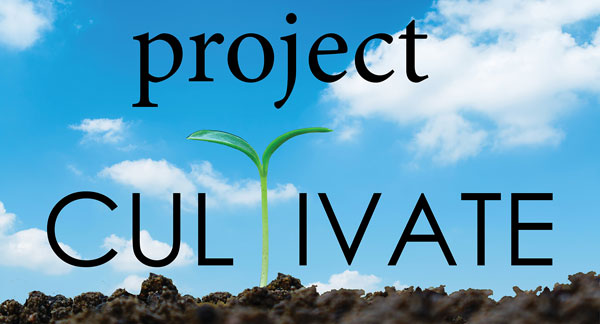 Since 2011, RCAP has partnered with pharmacies and pharmacy schools to investigate the potential for expanding HIV/STI testing, PrEP consultation, naloxone distribution and syringe dispensing in community pharmacies. RCAP Co-Director Beth Meyerson, Associate Director Carrie Lawrence and Research Fellow Dr. Greg Carter (IU School of Nursing) have partnered with the Indiana University Institute for Research on Addictive Behaviors to initiate PharmNet.  This project was funded by the Indiana Clinical and Translational Sciences Institute and the IU Grand Challenges effort. Dr. Meyerson and her team are investigating harm reduction-related pharmacy practices and will test an intervention to increase pharmacy provision of opioid screening, referral to treatment, and provision of naloxone and sterile syringes. This work follows Meyerson and Lawrence’s work with Project Cultivate. Several published articles, research conference presentation, and public information tools have been produced from the project.

The Kinsey Institute Condom Use Research Team (KI-CURT), and joint project of KI and the Rural Center for AIDS/STD Prevention, is an internationally recognized, multidisciplinary team that was formed in 2000 and is vested in advancing global sexual health through its research on the behavioral aspects of male condom use. KI-CURT is comprised of

KI-CURT has published over 50 articles and two book chapters on various condom use-associated variables such as pleasure, sexual arousal, fit and feel, use errors and problems, erection difficulties, circumcision status, motivation, self-efficacy, relationship type, and alcohol and drug use. In 2012 KI-CURT edited a special issue of the journal Sexual Health: Condom use to prevent sexually transmitted infections: a global perspective.

Several of KI-CURT's projects have focused on identifying barriers to condom use among Black men who have sex with men (MSM) in the Deep South and implementing educational programs to increase condom use efficacy among this population. This focus among Black MSM is particularly significant give that this population is disproportionally impacted by HIV/AIDS. The U.S. Centers for Disease Control and Prevention states that Blacks are the racial/ethnic group most affected by HIV in the United States and that MSM account for a majority of new HIV diagnoses among African Americans.

Research by KI-CURT has provided the impetus for the development of a new male condom with a unique design, the O-Ring. This condom, recently cleared by the Food and Drug Administration and is now available for purchase. Adam Glickman of O-Ring Products, LLC - the company that developed the O-Ring condom - stated "The work of the Kinsey Institute Condom Use Research Team to identify, document, and explain obstacles and errors in the use of condoms provided the data needed to validate our hunch that condoms are too easy to apply the wrong way."

A recent highlight of KI-CURT's work was the development of home-based and clinic condom use educational programs for both men and women based on the findings of KI-CURT's prior observational research and behavior-change theory. KI-CURT, in collaboration with the Indiana University Rural Center for AIDS/STD Prevention (RCAP), has created several interventions designed to increase correct and consistent condom use that are consistent with sexual pleasure. These include The Kinsey Institute Homework Intervention Strategy (KI-HIS), which has been tested for MSM and men who have sex with women resulting in manuscripts published in the Journal of Men's Health (2011) and the Journal of American College Health (2014). Further pilot testing of KI-HIS among African American men was funded by a R21 National Institutes of Health grant. The KI-HIS has also been adapted for use in the United Kingdom (KI-HIS-UK) and a feasibility study has recently been completed. A web-based version of KI-HIS-UK has also been developed and is currently being evaluated.

A condom-focused intervention for tourism workers, Tourism Worker Intervention Safer Sex Training (KI-TWIST), was pilot tested in a major tourism destination in Canada and published in The Canadian Journal of Human Sexuality (2016). KI-CURT recently completed a pilot testing of a condom intervention for women on the Indiana University-Bloomington campus, Home-based Exercises for Responsible Sex (KI-HERS); a manuscript was submitted to a professional journal this summer (2017). A condom-based program for couples, The Home-based Exercises for Increasing Responsible Sex (KI-THEIRS), is also currently being pilot-tested on the IUB campus in spring and fall 2017.

In late 2017, KI-CURT collaborated with an app, Clue, which focuses on menstruation to conduct one of the world’s largest international sex surveys that was translated into 15 different languages. The survey focused on menstruation, condoms and sexual practices and over 95,000 persons responded, representing 40 countries worldwide. KI-CURT is currently analyzing the data and preparing scientific reports for professional journals.

RCAP has developed, in collaboration with other HIV/STD organizations, two guides that provide direction for HIV/ STD prevention in rural communities. Copies of these guides are available by following the links below.

The RCAP website highlights current RCAP activities including new publications, materials and
conference announcements. The site hosts a wealth of rural prevention information in addition to Fact Sheets,
and other RCAP materials. The site is continually evolving to provide more interactive resources and links to other valuable HIV and STD prevention resources.

RCAP conducts research on the behavioral and social factors related to HIV/STD risk behavior that have implications for improved HIV/STD prevention efforts in rural communities. Further, RCAP develops and examines innovative education interventions designed to minimize and eliminate HIV/STD risk behavior. The reports of these studies are published in professional journals, including the RCAP Monograph Articles and presented at professional conferences.